20-23 September 2013. We spent our last few days in Turkey relaxing on the North Aegean Coast. Out of the tourist season we were almost alone and it was a beautiful and serene place. 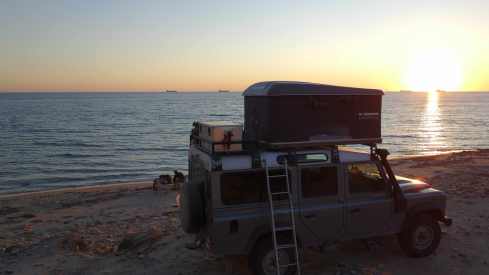 Roman Ruins and Russians in Turkey

18 September 2013. Suddenly we seem to be on the right track, the tourist track. And Marco, who never before showed any special interest in Roman ruins, suddenly seems culturally awakened!

But what really makes Pamukkale a popular cultural tourist destination are the natural calcite pools which already the Romans knew how to enjoy.

Marco and the hand claps enjoying the calcite pools. 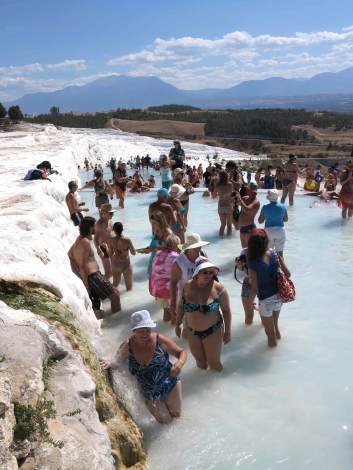 14-16 September 2013. Kapadokya or Cappadocia is a geologically and historically special region in the center of Turkey. Since 2000 years ago, the local inhabitants have been carving houses, churches, animal shelters, storage rooms and whole underground cities out of the soft volcanic rock. And the wind and rain has been transforming the rock into natural pillars in strange and beautiful shapes. A nice place to spend a few days walking around the valleys. 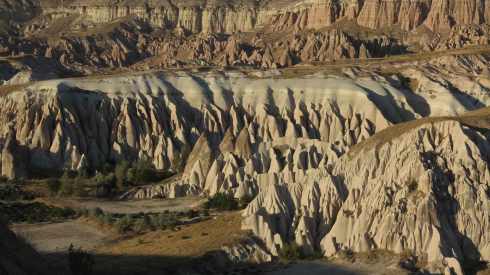 The cave churches have beautiful simple frescos inside. 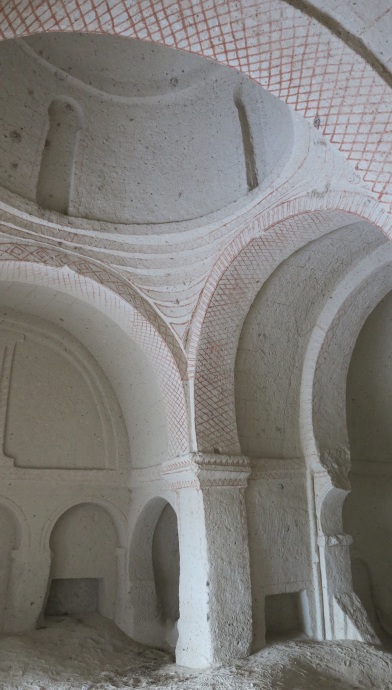 The ground under the village of Kaymakli is full of holes like a swiss cheese! Here, the early Christians were hiding from the Romans, before Christianity became an accepted religion. There are 4 levels open to tourists but the whole complex is much bigger and much deeper.

The tunnels are long, low and narrow to make it very difficult for intruders (e.g. Roman soldiers) to make a successful attack. The early Christians could stay down here for months if they were threatened by the Romans. We were happy to get out after about an hour of crawling around the labyrinthic system of tunnels and rooms.

The area of Cappadocia is famous for hot air ballooning. We chose to just watch them from the safety of the ground even if it looks amazing. Here very early morning before sunrise. 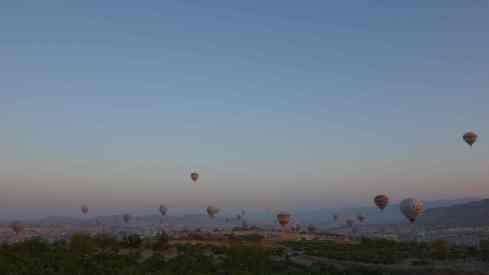 Just after sunrise, the sky was full of balloons. It looked amazing.

The Capital of the Baklava

13 September 2013. The best baklava in Turkey? This was the only hint we needed. We immediately changed our route and made a 500 km detour to the south, to Gaziantep, the capital of the baklava!!!

But first, a bit of culture, just to collect appetite! Gaziantep has a fantastic mosaic museum. 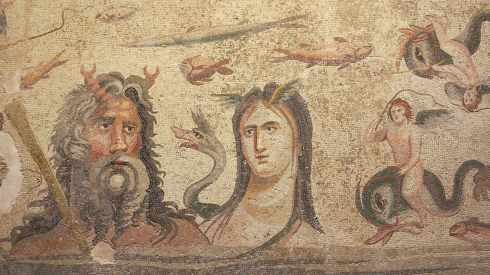 The museum is built so as to re-create the original site of the mosaics, see also the next photo below.

A photo of a photo, showing the mosaics in their original location.

And then, without any further excuses, we went straight for the food! The southeastern Anatolian kitchen is apparently famous also in Turkey, so before diving into the fresh baklava we had to try one of the local dishes. And it was heaven!!!! The Ali Nazik Kebap: Grilled minced lamb served with grilled and perfectly smoky flavoured very smooth aubergine mixed with yoghurt and spices and topped with browned butter………..this is one of the tastiest meals we had on our trip!

Finally, the baklava! Apparently, a fresh baklava has to say “kshhhhh” when you bite into it. And really, it does!!! The baklava from Gaziantep is famous because of the high quality of the pistachio nuts grown in this region. And it was one of the most remarkable things about the baklavas we ate in Gaziantep, they really tasted of pistachio. Fantastic! We ate as much baklava as we could right there on the spot and then we bought 1 kg to eat in the car.

Afterwards we had to digest, so we went for a small walk around the bazaar area in Gaziantep. Here just a few photos. 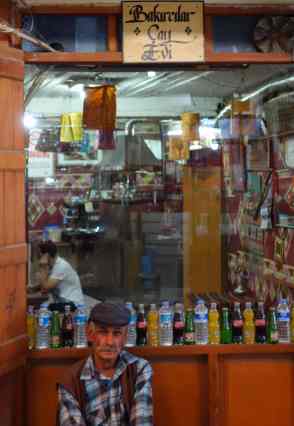 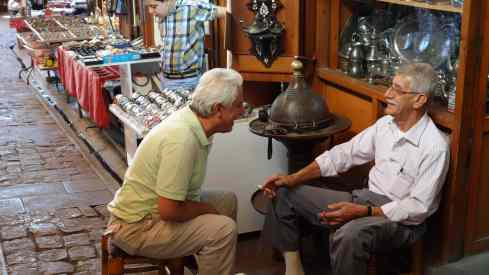 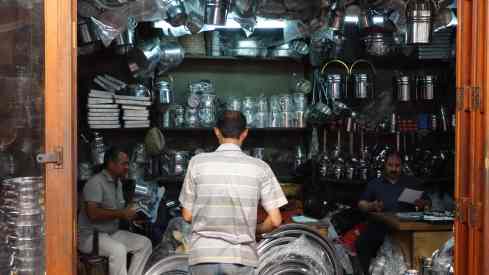 And then we found a nice, quiet spot for camping. For dinner: A bit of fruit and then baklava! 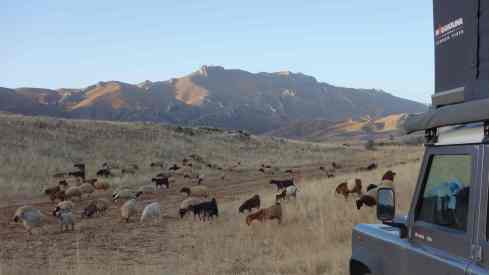 Sunset over the hills and Frida.

12 September 2013. We admit it. We are attracted towards the remote and slightly odd tourist attractions. Nemrut Dagi is a good example of this. Some 2000 years ago a pre-Roman local king decided to put large statues of himself and “other” gods on a remote mountain top in what is now southeastern Anatolia.

We took the long road there. Along small dirt roads over the mountains and through small villages in the valleys. A beautiful drive.

Arrived at Nemrut Dagi, the landscape was dry and golden brown. 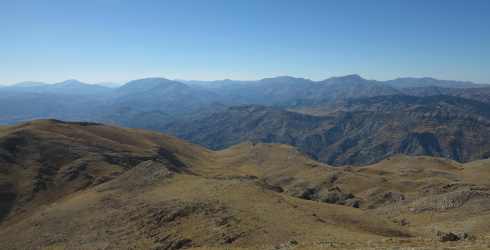 King Antiochus I Epiphanes (king from 64-38 BC) constructed the Nemrut Dagi site. The first thing you see from far away is the 50 m high artificial mound that the king had erected on top of the Nemrut Dagi mountain. On the east and west sides of the mound you find the fantastic stone heads of different gods and the king himself. 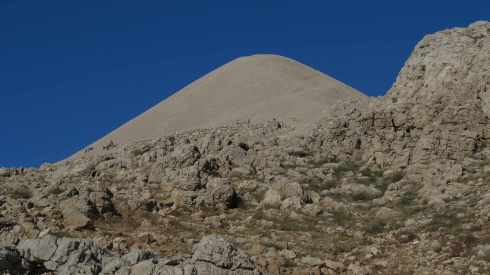 We entered Turkey today and had one long last look back towards Georgia.

Soon we realised that also the eastern part of Turkey is very beautiful. We drove through the eastern Anatolian highlands at around 2000 m altitude, enjoying the golden colour of the rolling hills.

Small village on the high steppe of east Anatolia.

Our first destination was Ani! Ani is the site of a former Armenian capital some 1000 years ago. Now it is a beautiful, remote place to visit and to wander around the ruins of this long-gone great city of almost 100,000 people. 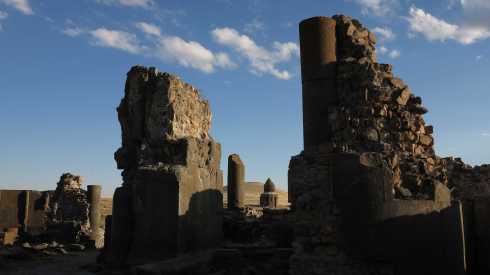 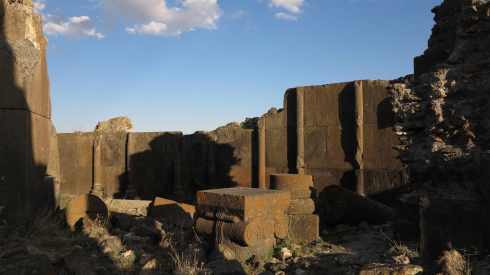 Armenia is right there, on the other side of the river. 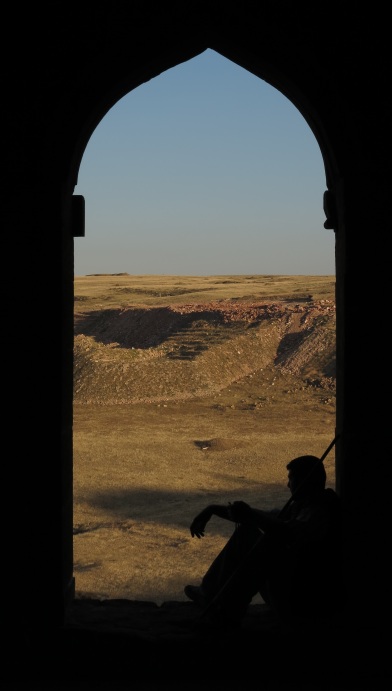 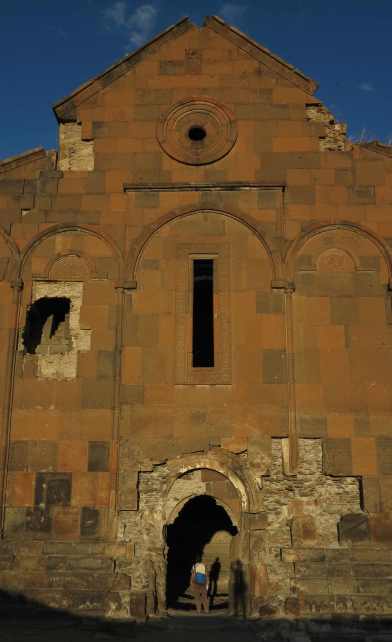 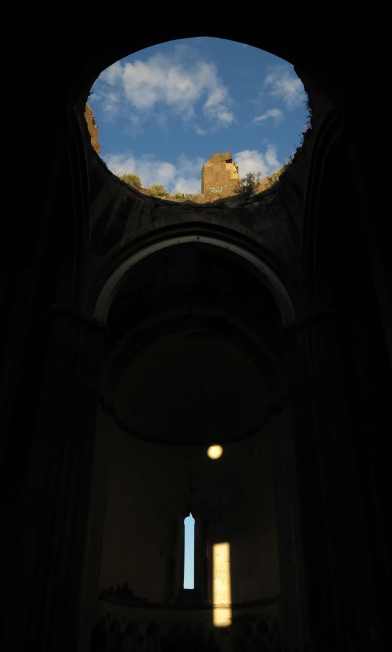 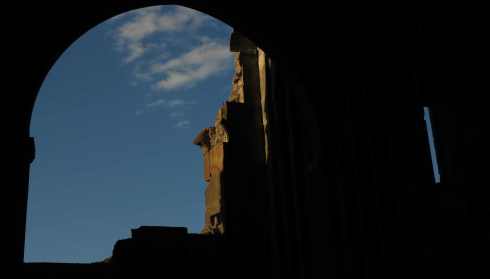 As we left Ani, the hills on the other side of the Armenian border had turned a deep golden colour and the sun was setting rapidly over the high plains.

We found a beautiful quiet camp site under millions of stars. Here Marco at breakfast the next morning.